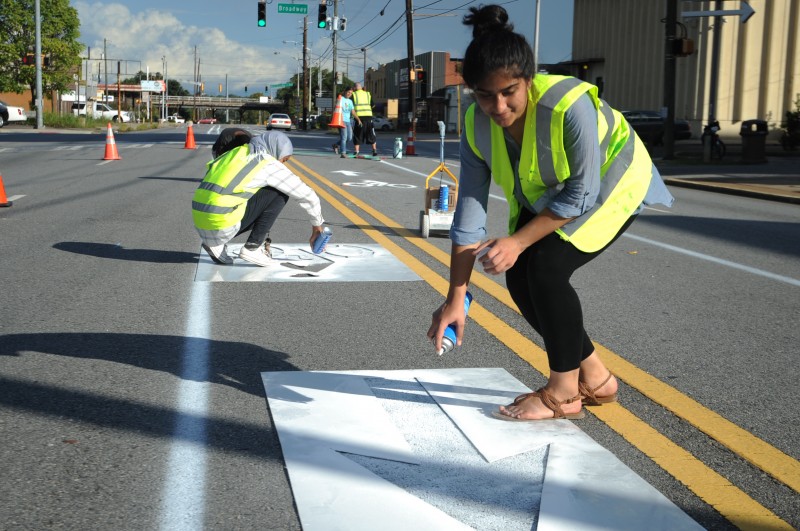 If you build it, they will ride: pop-up bike lanes prove that demand exists
by Helena Kotala / June 14, 2017

Last September, the town of Macon, Georgia installed a network of temporary bike lanes. In the two weeks that the lanes were up, bike traffic increased by nearly 900 percent, more city residents were inspired to ride instead of drive and many residents also visited places that they normally wouldn’t because of the ease of access.

The project, known as Macon Connects, was the brainchild of NewTown Macon, a non-profit that’s primary goal is to revitalize the downtown of the city. Macon was awarded $150,000 to complete the project through the Knight Foundation‘s Cities Challenge, a nationwide competition launched in 2015 to generate ideas to improve cities. Macon was one of 45 cities to receive funding in 2016.